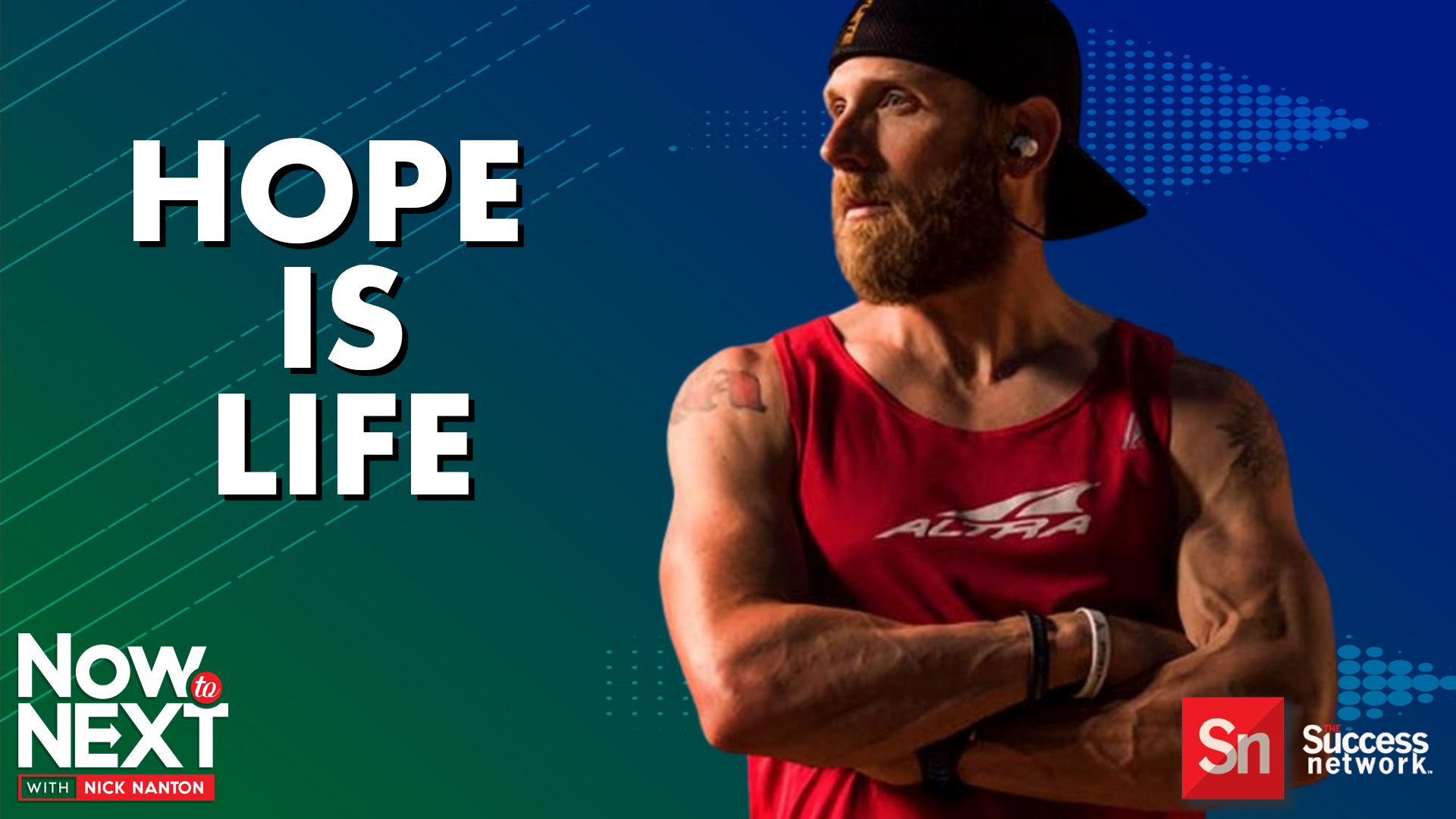 Now To Next With James Lawrence The Iron Cowboy

Most of us do our best to avoid pain and suffering. We also tend to have a preference for winning over losing. When we win, we celebrate. When we “lose,” we suffer. That’s exactly how I viewed pain and suffering (and losing) until I learned a different perspective from James Lawrence, also known as The Iron Cowboy. James has a fascinating take on both pain and suffering born out of his quest to differentiate himself from other mindset coaches and fitness trainers.

James joined me on my Now to Next podcast to share his journey that began when as a young man he signed up for a challenge: Whoever stays on the Ferris wheel ride for the 10 consecutive days during the Calgary Stampede will get $10,000. He won, then went on to capture the world records for both, the greatest number of half Iron Man and full Iron Man events, to setting his own goal of completing 50 full triathlons in 50 days in 50 different states. But wait, there’s more! He then doubled that goal and during the pandemic did 100 triathlons in 100 days! If you start hearing Seal’s hit song Crazy start playing in your head, don’t be surprised. I think you’ll agree after reading about James’ extraordinary journey that, “No, we’re never gonna survive, unless we are a little crazy.” According to James, that translates into crazy compassionate.

I had a difficult time wrapping my mind around what mental and physical strength it must take to actually achieve a goal that almost everyone deemed impossible. So, I jumped right in and asked James how he came to compete in Iron Man events and what inspired him to set the goal of completing 50 full triathlons in 50 days in 50 different states. But first, he had to explain the various different kinds of triathlons and Iron Man events. James informed me that there are 4 different kinds of triathlons: sprint, Olympic, half, and full. James did full triathlons consisting of a 2.4-mile swim, 172-mile bike ride, and a 26.2-marathon run. All of these events must be completed in 17 hours.

James comes from Canada and was athletic in a family that wasn’t at all athletic. His sports teams served as a family foundation where he learned mental and physical strength and stamina. James’ first sport was wrestling. He came to running through a challenge. A friend threw down the gauntlet and told James he couldn’t beat his time in a 4K fun run. That’s all it took. A 4-mile fun run sparked a passion James didn’t know he had. But once he found it, one idea led to the next, then fueled the next and the next.

Change Your Relationship To Losing

I’ve had my own experience with swimming and asked James if it was easy to do the swim portion of the triathlon. He explained that the swimming portion is considered the most grueling challenge. Swimming keeps many people from ever attempting a triathlon due to fear of open water, dark water, currents, and constriction of the wet suit. He also told me there have been many deaths during the swimming portion. I asked him how he overcame his fear. James said that “Success is just on the other side of the paralysis caused by fear.” He added, “When you learn to face your fear, relax into the swim, which is the shortest part of the race, it merely becomes a formality.”

When I asked about how he felt if he didn’t win a particular race or event, James so beautifully stated, “I don’t have a negative relationship with losing.” My reaction was “Wow!” James said we have to learn that losing is part of the journey and that competing leads to a richer life that will also perhaps change your relationship to losing.” I have to start teaching my kids this perspective and share it with more parents. We think something is wrong if our kids don’t win every prize or get rewarded for everything they do.

To James, there is no failure, just an opportunity to see where he can improve. This perspective has turned him into a master problem solver instead of a sore loser.

The Discovery Of A Unique Gift And Ability

I still couldn’t quite understand how James could endure so much physical and mental pain during his 50/50/50 triathlon quest. When I asked him about himself, he said, “Everyone has a special gift or talent. Mine happens to be a unique ability to endure pain.” He mentioned the book, Man’s Search for Meaning by Victor Frankl, who survived the Holocaust in a concentration camp. James believes that his ability to endure great pain and suffering gives others hope. He talked about Frankl’s book, in which the author said he could always see in someone’s eyes when they’d lost hope. He knew they would die once they had lost hope. To James, hope is life. And his gift to the world through his ability to endure greater pain and suffering than most is hope. To this end, every one of James’ goals have been to raise money and awareness for great causes, among which are organizations concerned about putting an end to childhood obesity as well as human sex trafficking and slavery.

Controversy And Criticism Calls For Compassion

As far as I’m concerned, James has another unique gift. It’s compassion when hit with criticism and controversy. His 50 triathlons in 50 days in 50 states stirred up controversy, especially when in Texas the team was being chased by Hurricane Bill. Instead of risking life and limb, they took the challenge indoors and completed the day’s events on a treadmill, stationary bike, and in a swimming pool. The nay-sayers called it cheating. James believes that when you set out to achieve a goal you have to bet on and believe in yourself. You can’t let someone else’s beliefs bring you down or even believe that anyone else has a voice in your journey. To those who criticized James and the choices he made, he merely said, “People are scared and unhappy. I don’t know the bigger picture of how these people have been shaped. I then look inside myself to see how I’m navigating my journey to see how I’m judging.”  In my book, that is some crazy and beautiful compassion.

To catch the full interview I had with James, you can listen to it on your favorite podcast listening platform. And of course, you can always reach out to me directly with any questions you might have!