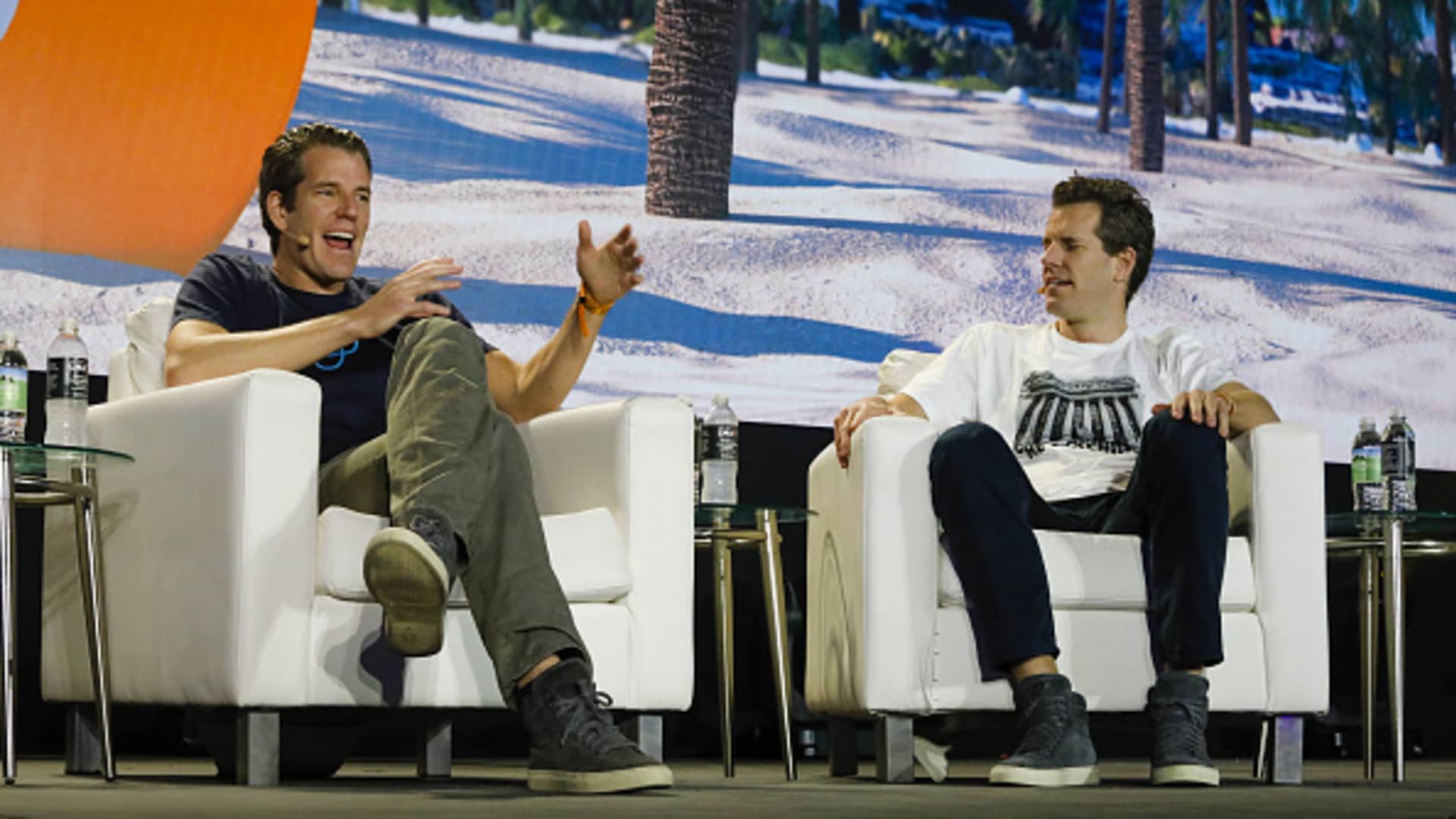 Cameron Winklevoss and Barry Silbert were both early believers in bitcoin who made a fortune on their investments and built big businesses along the way. For nearly two years, they enjoyed a mutually beneficial partnership that made their customers a lot of money.

Now, the bitcoin heavyweights are in a bruising war of words that illustrates the depths of the crypto crisis and underscores the risks that were ultimately shouldered by ordinary investors who got caught up in a massively unregulated market. As it stands, hundreds of millions of dollars of customer cash sits in inaccessible limbo as the two crypto entrepreneurs battle over who is responsible. 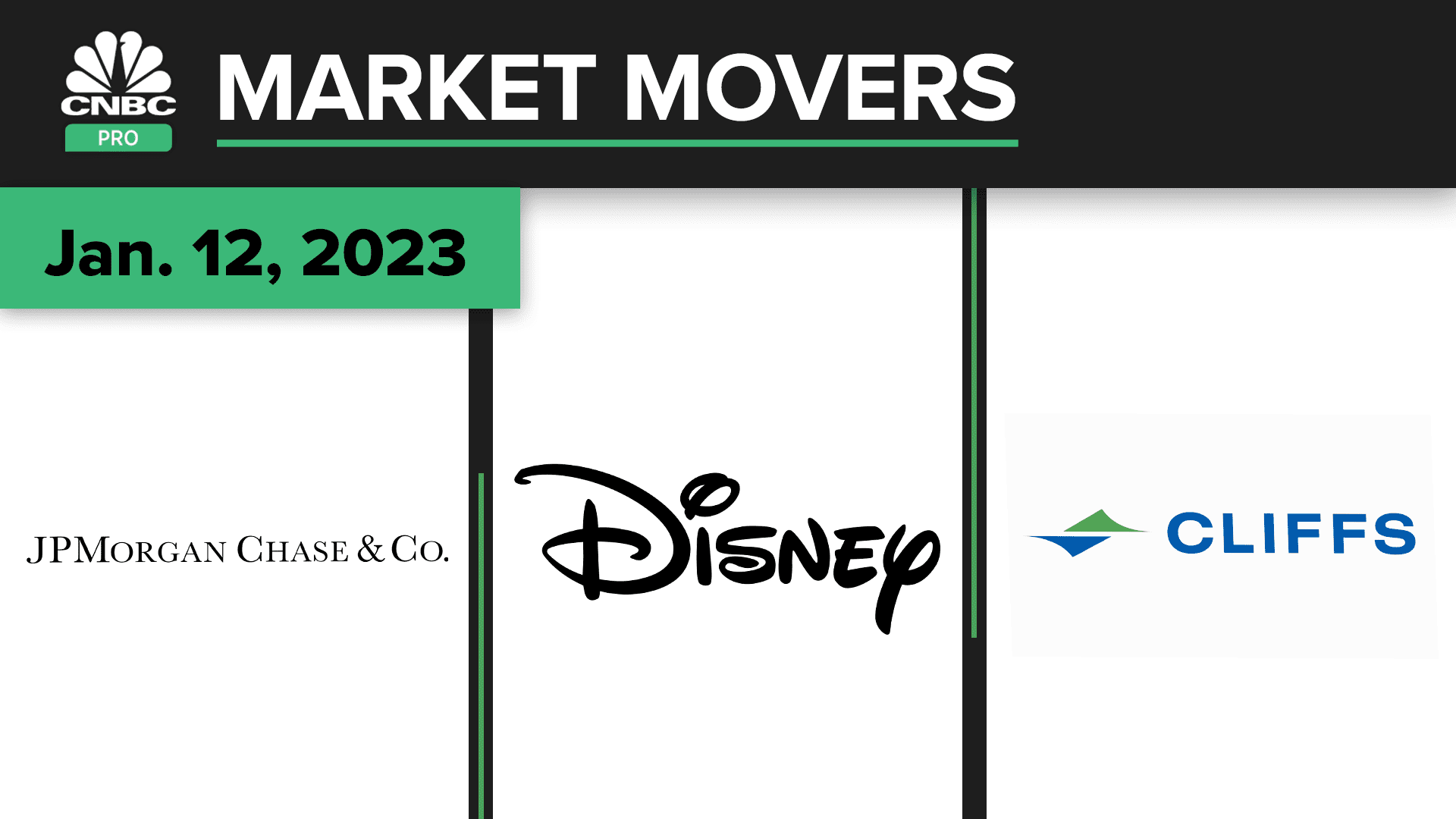 Silbert is the founder of Digital Currency Group (DCG), a crypto conglomerate that includes the Grayscale Bitcoin Trust and trading platform Genesis. Winklevoss, along with his brother Tyler, co-founded Gemini, a popular crypto exchange that, unlike many of its peers, is subject to New York banking regulation.

Winklevoss and Silbert were linked through an offering called Earn, a nearly two-year-old product from Gemini that promoted returns of up to 8% on customer deposits. With Earn, Gemini loaned client money to Genesis for placement across various crypto trading desks and borrowers.

As the digital coin markets soared in 2020 and 2021, that capital produced high returns for Genesis and easily paid Earn users their yield, which was very attractive at a time when the Federal Reserve’s benchmark rate was at virtually zero. Other riskier (and now defunct) crypto platforms like Celsius and Voyager Digital were offering yields as high as 20%.

It was a booming business. Genesis had 260 employees and a robust sales desk, and Gemini was one of its largest lending partners, sending $900 million worth of customer crypto to the firm. Gemini considered Genesis, which is regulated by New York state and the Securities and Exchange Commission, to be the most reliable name in crypto lending, according to a person with direct knowledge of the matter. Diversification was a challenge, because other players had looser risk standards, said the source, who asked not to be named for confidentiality.

In 2022, the crypto market cratered, and the Earn model fell apart.

Cryptocurrencies turned south, borrowers stopped repaying their debts, hedge funds and lenders went under, and activity screeched to a halt.

The floodgates opened even wider in November, when FTX spiraled into bankruptcy and customers of the crypto exchange were unable to access billions of dollars in deposits. FTX founder Sam Bankman-Fried was soon arrested on fraud charges, accused of using client funds for trading, lending, venture investments and his lavish lifestyle in the Bahamas.

An industrywide crunch ensued as crypto investors across the board tried to withdraw their assets. Five days after FTX collapsed, Genesis was forced to freeze new lending and suspend redemptions. In a tweet the company said “FTX has created unprecedented market turmoil, resulting in abnormal withdrawal requests which have exceeded our current liquidity.”

The contagion was so rapid that both Gemini and Genesis hired experts to guide them through a potential Genesis bankruptcy.

All withdrawals on Earn have been paused since November. Gemini’s 340,000 retail clients are angry, and some have come together in class actions against Genesis and Gemini. Winklevoss places the blame on Silbert’s shoulders, and he’s gone public with his battle to retrieve the $900 million of deposits his clients placed with Genesis.

In a letter to Silbert on Jan. 2, Winklevoss said those funds belong to customers including a school teacher, a police officer and “a single mom who lent her son’s education money to you.”

Winklevoss said Gemini had been trying for six weeks to engage in a “good faith” manner with Silbert only to be met with “bad faith stall tactics.” Gemini attorneys had attempted to work with Genesis’ team through the Thanksgiving holiday, but found their efforts effectively rebuffed, a source said.

Another person who asked not to be named told CNBC that advisors for Genesis, DCG, and Gemini’s creditor committee had met multiple times throughout the six-week period that Winklevoss referenced.

Gemini creditors are represented by lawyers from both Kirkland & Ellis and Proskauer Rose, and financial advisors at Houlihan Lokey.

Advisors for DCG and Genesis include the law firm Cleary Gottlieb Steen & Hamilton and investment bank Moelis and Company.

The most recent meeting between the three sets of lawyers and bankers was Monday, according to that individual.

On Tuesday, Winklevoss followed up with an open letter to DCG’s board, asking that it replace Silbert.

One of Winklevoss’ central complaints stems from a loan that Silbert made to Genesis after the demise of crypto hedge fund Three Arrows Capital (3AC) last year. Genesis was owed over $1 billion by 3AC when the firm defaulted on its debt. Silbert stepped in and effectively backstopped his trading firm’s exposure with a $1.1 billion intercompany loan to Genesis.

At the time, Genesis sought to reassure Gemini that the DCG unit remained solvent and strong and was supported by its parent company. Silbert justified the decision in a message to investors this week, writing that “Genesis had unrivaled expertise and the best institutional client base in the world.” Court filings show that on July 6, Genesis assured Gemini that liquidity was not a concern, and the two parties agreed to keep working together. 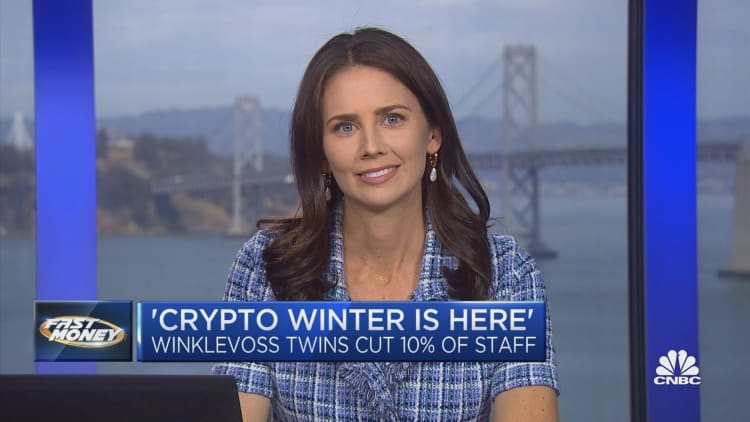 Gemini claims that Genesis provided misleading information regarding Silbert’s loan. Rather than serving to bolster Genesis’ operating position, the loan was a “10-year promissory note” and was a “complete gimmick that did nothing to improve Genesis’ immediate liquidity position or make its balance sheet solvent,” Winklevoss wrote.

Silbert has avoided responding directly to Winklevoss’ latest accusation, though the company has taken up his defense. In a tweet on Tuesday, DCG called the letter “another desperate and unconstructive publicity stunt,” adding that, “we are preserving all legal remedies in response to these malicious, fake, and defamatory attacks.”

“DCG will continue to engage in productive dialogue with Genesis and its creditors with the goal of arriving at a solution that works for all parties,” the company said.

For the 41-year-old Winklevoss twins, a public and high-profile spat is nothing new. They’re best known for their role in the birth of Facebook, now known as Meta, which was founded by Harvard classmate Mark Zuckerberg. They sued Zuckerberg, eventually settling in 2011 for a $65 million payout in cash and Facebook stock.

The brothers quickly pivoted to crypto and by 2013 said they controlled 1% of all bitcoin in circulation. The stake soared from $11 million at that time to over $4.5 billion when bitcoin peaked in 2021.

Silbert, 46, got into the market at around the same time. He sold his prior company, SecondMarket, to Nasdaq in 2015, and started DCG that year. But he first invested in bitcoin in 2012.

Silbert and the Winklevoss brothers were bitcoin bulls long before any exchanges or trading apps had made it simple to buy digital currencies and well ahead of institutional interest in the space. Now that the trade has reversed, they’re deep in the struggle.

Facing increasing pressure from creditors and the looming threat of bankruptcy, Genesis recently cut headcount by 30% in a second round of layoffs. Gemini slashed 10% of its staff in June 2022, with another round of layoffs seven weeks later.

Gemini and Genesis insist that they’re negotiating in good faith. But the harsh reality is that, with the popping of the crypto bubble last year, both companies were left with no place to hide. Their clients are now scrambling to be made whole. 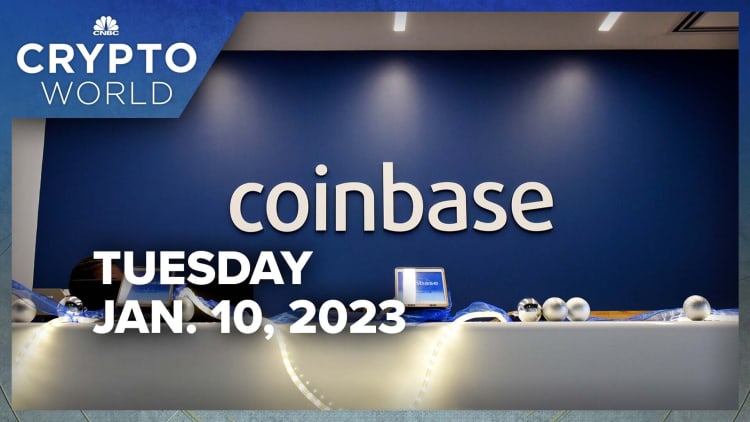