Hard-Won Wisdom From An Underestimated Venture Capitalist (With Arlan Hamilton, the CEO of Backstage Capital) 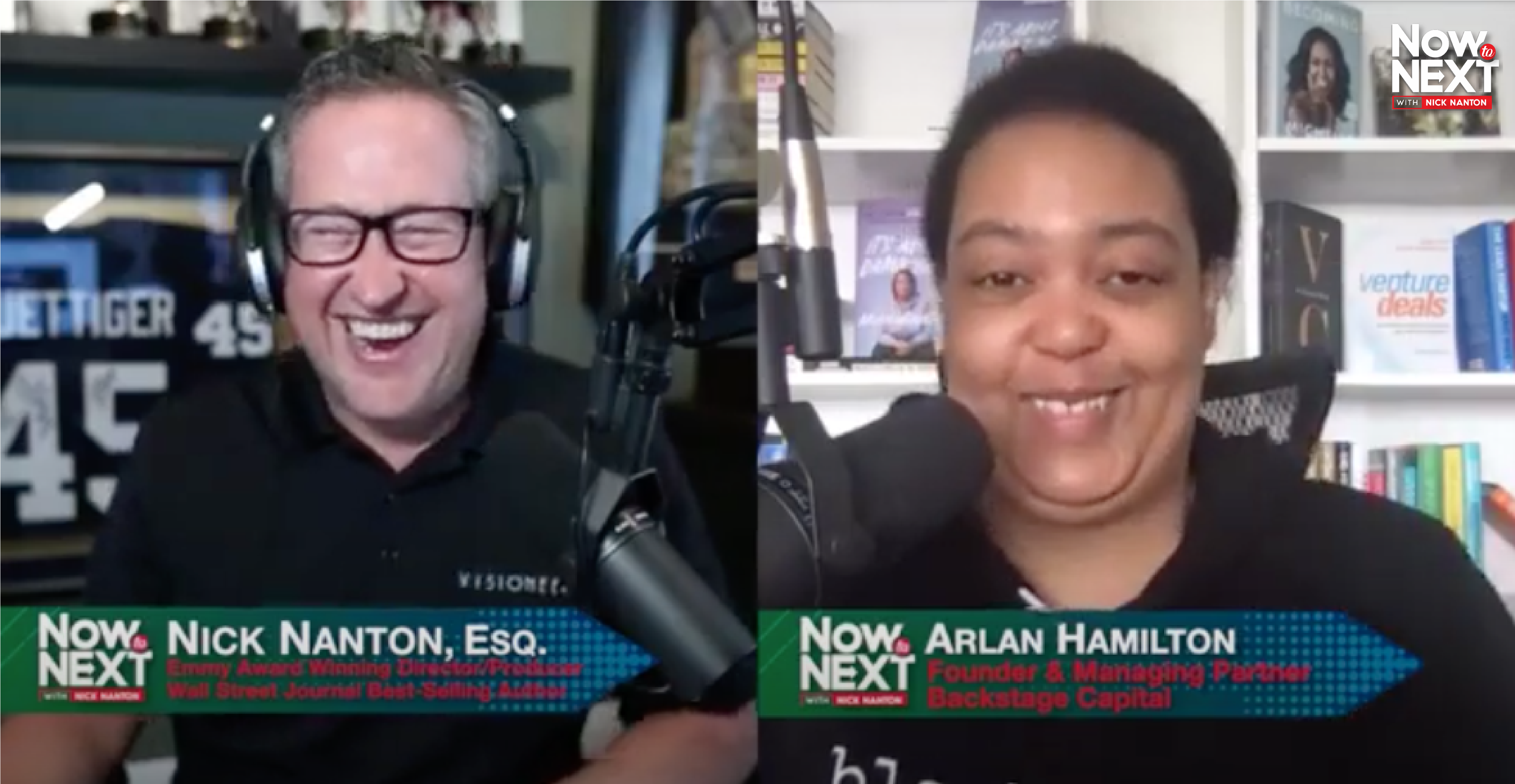 The story of Arlan Hamilton is one of the most encouraging come-up stories that you’ll ever read/hear in your life. If you want an example of what the American Dream truly looks like, then she’s the cover girl: unbiased, relentless, and self-confident.

Arlan is the founder of Backstage Capital, a company that invests in startup founders that don’t get a fair shake due to being a woman, person of color, or a member of the LGBTQ+ community.

Recently, Arlan joined me on my “Now to Next” podcast so I could pick her brain and see what we can all learn from her amazing story and outlook on life and business. Here’s what I found!

Arlan’s curiosity and sense of adventure can be traced back to a very early age. Back when she was a kid, she was fascinated by the idea of different time zones around the world.

So much so that she wore different watches at all times to know what time it was in Hawaii or certain parts of Africa at any given moment.

This curiosity would serve her well and play a pivotal role in her career path. Before she started Backstage Capital, she carved out a career in production teams for major artists such as Cee Lo Green, Jason Derulo, and Tony Braxton.

Her interest in that field came from her very first concert when she got the chance to see Janet Jackson. Seeing all that it took to perform such a jaw-dropping performance, Arlan was fascinated by the production behind the show.

The one thing that always comes up when I interview successful people is “curiosity,” it fuels the greatest minds. It drives inspiration for business ideas, as it would for Arlan down the line.

Arlan’s viewpoint on life is a hybrid viewpoint mix that’s comparable to Joe de Sena’s commit to grit outlook. She mentioned in our podcast interview that you owe it to yourself to “create the thing you always wish you had” and work hard at it.

She and I share a similar story in that she used to purchase candy from Sam’s Club and sell it to her classmates at school...as did I (and many other young budding entrepreneurs have shared similar stories with me!)

At that same Janet Jackson concert, she not only became curious about the production but also inspired by seeing Jackson, a black woman, command the crowd. 17 years later, she was working on arena-sized tours and building her own path.

After being on successful production teams with several major artists, Arlan found herself wanting a new challenge. She became interested in starting her own tech company and started performing research on how to raise capital for her business.

While interviewing several successful startup business owners to learn about their stories, she found an eye-opening trend: 90-percent of venture capital was going to straight, white men.

That meant that for every 10 people interested in gaining capital for their company, only 1 of them is either a woman, person of color, or a member of the LGBTQ+ community.

That research brought her to a realization. What was the point of “beating the odds” to receive venture capital for her tech company if her brother and sisters couldn’t join her?

She then decided that instead of starting a company that sells one product, she was going to start a company that provided funding to companies run by people who are often overlooked.

Even with her amazing idea to create Backstage Capital, Arlan spent years trying to get someone to invest in her idea.

At one point, she spent several months living in the San Francisco airport on and off to dedicate her time and money to her company.

While she eventually got a few open-minded investors to fund her business, Arlan still encourages people to embrace the struggle of the process. Know that you won’t have the answer to every problem.

In fact, she encourages you to accept the fact that you’ll never completely figure it out. No matter how successful your business becomes, there will always be instances where you don’t know what to do.

That’s why it’s so important to invest your time and energy into the people that remind you of yourself. Find those that you’re willing to go through the tough times with.

There was a time where no one believed in Arlan’s idea for Backstage Capital. However, she even went so far as to write “WE DO NOT BEG!” on a whiteboard, meaning that she’d never waste her time trying to convince someone who didn’t align with her strategy for investing.

Before we ended our chat, I wanted to make sure and ask Arlan about her take on investing. Investing can be a very intimidating topic. I loved her answer: make investing fun.

She encourages people to be smart with their money, but to also enjoy the investments that they make. Don’t spend money that you can’t afford to lose. Make small investments in several private companies to diversify your portfolio.

Most importantly, she stressed the need for self-care. If you grind all the time, you’ll lose yourself. Find a way to push the pause button to celebrate small wins. Find what works for your schedule and commit yourself to it.

Arlan Hamilton: It’s About Damn Time For Someone Like Her

Now that you’ve heard what advice Arlan Hamilton had for those often feeling like the underdog, be sure to apply some of it to your own life. After all, it’s never too late to feed your curiosity or adjust your path! And if you want to learn more from Arlan, I’d recommend checking out her book, It’s About Damn Time.

To catch the full interview I had with Arlan, you can watch it on YouTube or your favorite podcast listening platform. And of course, you can always reach out to me directly with any questions you might have!