FOR IMMEDIATE RELEASE
JW Dicks, Esq. and Nick Nanton, Esq., CEOs of The Dicks + Nanton Celebrity Branding Agency, Hit Amazon Best-Seller Lists With Success Manifesto
Thought leaders, authors, and entrepreneurs JW Dicks, Esq. and Nick Nanton, Esq. recently hit four Amazon.com best-seller lists with the new book, Success Manifesto
Winter Park, FL – October 26, 2016 – International best-selling authors, marketing experts, and leading agents to Celebrity Experts® worldwide, JW Dicks, Esq. and Nick Nanton, Esq. joined a select group of entrepreneurs from around the world to co-write the book titled, Success Manifesto. The book was published by CelebrityPress® and released on September 19, 2016.
On the day of release, Success Manifesto reached best-seller status in four Amazon.com categories – reaching as high as #3 in the category “Direct Marketing,” #28 in the category “Sales & Selling,” #52 in “Marketing”, and #90 in the “Entrepreneurship” category. JW and Nick contributed a chapter titled “The Multiplying Mission: Dr. Bill Dorfman’s Launching Pad.”
CelebrityPress® describes the book:
“Action is the foundational key to all success.”
-Pablo Picasso
What does it take to succeed? How can I succeed? These are the questions that have been asked over the years. One method of learning more is to review the Success Manifesto of those who have attained success in their fields.
As we know, a manifesto is a public declaration of intentions, motives or views. In this book, the CelebrityExperts® herein share their experiences in their various fields. Like most readers, these authors began their missions at ground zero. As they progressed to success, they harnessed or developed many traits that they share. These traits typically include: a vision or chosen goal, perseverance, a knowledge of and passion for the subject, a willingness to take calculated risks, a plan, and the courage to take action.
Regardless of the goals the authors have chosen, by using their ideas to mentor you, you can profit from their experiences, both positive and negative – thereby avoiding a loss of time and resources as you move closer to your own goal(s). So, are you ready? If you are, then go into action and start the process. Just think – one day you could write your own Success Manifesto!
“It had long since come to my attention that people of accomplishment rarely sat back and let things happen to them. They went out and happened to things.”
-Leonardo da Vinci
After such a successful release, Dicks and Nanton will be recognized by The National Academy of Best-Selling Authors™, an organization that honors authors from many of the leading independent best-seller lists.
Click HERE to order a copy of Success Manifesto.
A portion of the royalties earned from Success Manifesto will be given to Entrepreneur’s International Foundation, a not for profit organization dedicated to creating unique launch campaigns to raise money and awareness for charitable causes. 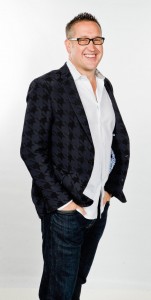 About Nick Nanton, Esq.:
A 4-Time Emmy Award Winning Director, Producer and Filmmaker, Nick Nanton, Esq., is known as the Top Agent to Celebrity Experts® around the world for his role in developing and marketing business and professional experts, through personal branding, media, marketing and PR.
Nick serves as the CEO of The Dicks + Nanton Celebrity Branding Agency, an international branding and media agency with more than 2200 clients in 33 countries. Nick has produced large-scale events and television shows with the likes of Steve Forbes, Brian Tracy, President George H.W. Bush, Jack Canfield (Creator of the Chicken Soup for the Soul Series), Michael E. Gerber, Tom Hopkins and many more.
Nick is recognized as one of the top thought-leaders in the business world, speaking on major stages internationally and having co-authored 36 bestselling books, including The Wall Street Journal Best-Seller, StorySelling™.
Nick has been seen in USA Today, The Wall Street Journal, Newsweek, BusinessWeek, Inc. Magazine, The New York Times, Entrepreneur® Magazine, Forbes, FastCompany.com and has appeared on ABC, NBC, CBS, and FOX television affiliates around the country, as well as E!, CNN, FOX News, CNBC, MSNBC and hosts his own series on the Bio! channel, Portraits of Success.
Nick is a member of the Florida Bar, a voting member of The National Academy of Recording Arts & Sciences (Home to The GRAMMYs), a member of The National Academy of Television Arts & Sciences (Home to the EMMYs), The National Academy of Best-Selling Authors, and serves on the Innovation Board of the XPRIZE Foundation, a non-profit organization dedicated to bringing about “radical breakthroughs for the benefit of humanity” through incentivized competition, best known for it’s Ansari XPRIZE which incentivized the first private space flight and was the catalyst for Richard Branson’s Virgin Galactic. Nick spends his spare time serving as an Elder at Orangewood Church, working with Young Life, Downtown Credo Orlando, Entrepreneurs International and rooting for the Florida Gators with his wife Kristina and their three children, Brock, Bowen and Addison.
Learn more at: www.NickNanton.com and
www.CelebrityBrandingAgency.com 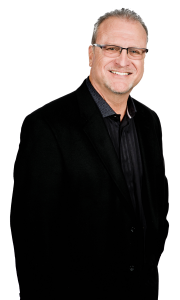 About JW Dicks, Esq.:
JW Dicks, Esq. is America’s foremost authority on using personal branding for business development. He has created some of the most successful brand and marketing campaigns for business and professional clients to make them the credible celebrity experts in their field and build multi-million dollar businesses using their recognized status.
JW Dicks has started, bought, built, and sold a large number of businesses over his 39-year career and developed a loyal international following as a business attorney, author, speaker, consultant, and business experts’ coach. He not only practices what he preaches by using his strategies to build his own businesses, he also applies those same concepts to help clients grow their business or professional practice the ways he does.
JW has been extensively quoted in such national media as USA Today, The Wall Street Journal, Newsweek, Inc., Forbes.com, CNBC.com, and Fortune Small Business. His television appearances include ABC, NBC, CBS and FOX affiliate stations around the country. He is the resident branding expert for Fast Company’s internationally syndicated blog and is the publisher of Celebrity Expert Insider, a monthly newsletter targeting business and brand building strategies.
JW has written over 22 books, including numerous best-sellers, and has been inducted into the National Academy of Best-Selling Authors. JW is married to Linda, his wife of 39 years, and they have two daughters, three granddaughters and two Yorkies. JW is a 6th generation Floridian and splits his time between his home in Orlando and beach house on the Florida west coast.
About Celebrity Press®:
Celebrity Press® is a leading business, health and wellness book publisher that publishes books from thought leaders around the world. Celebrity Press® has published books alongside Jack Canfield, Brian Tracy, Dan Kennedy, Dr. Ivan Misner, Robert Allen and many of the biggest experts across diverse fields. CelebrityPress™ has helped launch over 1400 best-selling authors to date.
Learn more at http://www.celebritypresspublishing.com
###
Contact:
Courtney Hall
Dicks and Nanton Celebrity Branding Agency®
800-980-1626
[email protected]