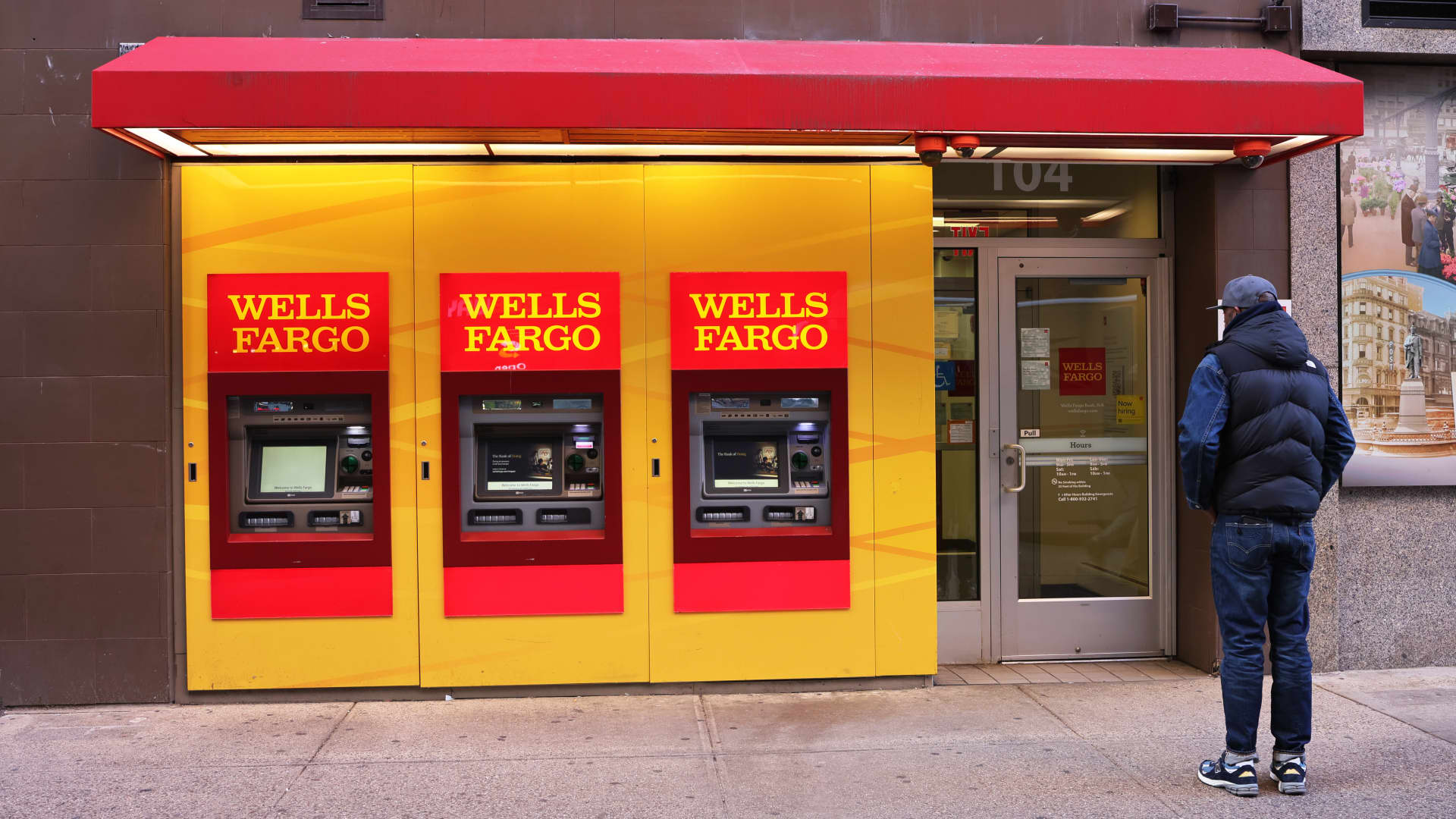 Wells Fargo shares came under pressure Friday after the bank reported shrinking profits, weighed down by a recent settlement and the need to build-up reserves amid a deteriorating economy.

The stock fell more than 3% in premarket trading.

Here’s how the bank did:

Wells Fargo’s net income tumbled 50% to $2.86 billion, or 67 cents a share, from $5.75 billion, or $1.38 per share, a year ago. The big decrease was driven in part by lower mortgage banking on fewer originations, the bank said.

The disappointing earnings report came after the bank announced earlier this week that it would retrench from the U.S. mortgage market. Meanwhile, Wells Fargo also said last month that it would have a $2.8 billion after tax operating loss tied to legal and regulatory costs.

“Though the quarter was significantly impacted by previously disclosed operating losses, our underlying performance reflected the progress we are making to improve returns,” CEO Charlie Scharf said in a statement. “Rising interest rates drove strong net interest income growth, credit losses have continued to increase slowly but credit quality remained strong, and we continue to make progress on our efficiency initiatives.”

As the most mortgage-dependent of the six biggest U.S. banks, Wells Fargo has faced pressure as sales and refinancing activity has fallen steeply amid mortgage rates that have topped 6%. The bank said its home lending revenue was down 57% this quarter.

Shares of Wells fell nearly 14% in 2022, faring better than the S&P 500 as the bank’s retail and commercial banking benefited from rising rates. The stock is up about 3.7% year to date.

“As we look forward, we are carefully watching the impact of higher rates on our customers and expect to see deposit balances and credit quality continue to return toward pre-pandemic levels,” Scharf said.